This video is hosted from www.youtube.com
Use VPN if this video is blocked in your country.
Report here if this video is not working.
Disclaimer DMCA
Former world champions Peter “Kid Chocolate” Quillin and Caleb “Golden” Truax fought to a no-decision in an IBF super middleweight title eliminator that headlined Premier Boxing Champions on FS1 and FOX Deportes Saturday night from The Armory in Minneapolis. Truax suffered a deep cut above his right midway through the second round from an accidental head butt. While he was able to finish the round, upon returning to his corner, the ringside doctor recommended stopping the bout. Because four rounds had not been completed, the fight was ruled a no-decision one second into round three. Quillin, who won both of the first two rounds on all three scorecards, was disappointed in the result but understood the doctor’s decision. “First of all, I think the doctor’s job is to make sure the fighter is safe,” said Quillin. “That’s number one. People would rather see him fight without an eye, but I’d rather have the guy be able to fight another day.” Truax, a Minnesota-native fighting in fro
<< Previous Video Next Video >> 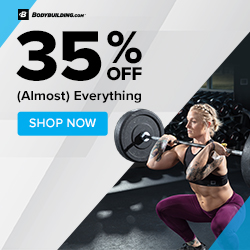 Joanna Jedrzejczyk IG Post - I like such moments when I feel the power of my femininity. ???? Me, sensual Obsessive l...

Rose Namajunas IG Post - Grateful and blessed when I do my best I AM THE BEST! @onxlabs

Kamarudeen Usman IG Post - Keep Working... One day it will all be recognized. Say hello to the newest member of @easp...