This video is hosted from www.youtube.com
Use VPN if this video is blocked in your country.
Report here if this video is not working.
Disclaimer DMCA
Laura Sanko joins Daniel Cormier to discuss the state of judging in the UFC following the controversial decision in Saturday’s main event between Holly Holm and Ketlen Vieira. In addition, DC responds to being told “leave me alone” by his pal Khabib. Plus espn.com debuted their UFC weight-class power rankings this week. DC comments, and lets you know his top five. ? For more UFC, sign up for ESPN+ http://espnplus.com/ufc/youtube ? Get the ESPN App: http://www.espn.com/espn/apps/espn ? Subscribe to ESPN on YouTube: http://es.pn/SUBSCRIBEtoYOUTUBE ? Subscribe to ESPN FC on YouTube: http://bit.ly/SUBSCRIBEtoESPNFC ? Subscribe to NBA on ESPN on YouTube: http://bit.ly/SUBSCRIBEtoNBAonESPN ? Watch ESPN on YouTube TV: http://es.pn/YouTubeTV
<< Previous Video Next Video >>

Mackenzie Dern IG Post - UFC X today and the expo is going great! Lots of fun! Fights tonight!! Who do you guys got w...

Miesha Tate IG Post - My reaction when they told me my fight was being moved 2 weeks.

Israel Adesanya IG Post - Taking over the game inside and outside of the cage! StylebenderCBD.com. #AndStill @hempwor...

ONE ROUND with Henry Cejudo! Decision to chase a 3rd championship 👀 | DC & RC 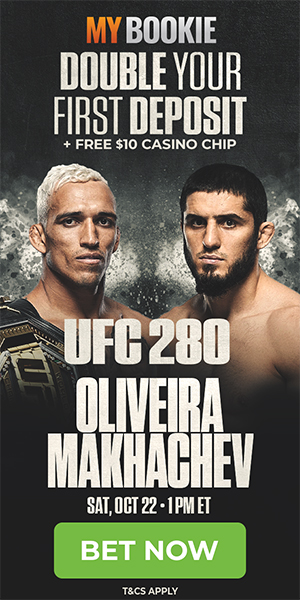